Concepts of Death & Responses to Grief in Children

All children are unique in their understanding of death and in their response to grief. This understanding is influenced by their developmental level, cognitive skills, personality characteristics, religious and cultural beliefs, input from the media, and by what they are taught about death and grief from the adults in their lives.

Typical concepts of death and grief responses for the major developmental stages of children are outlined below. It is important to note that there may be overlap between the age groups.

Concept of Death: This age group typically does not understand the meaning of death, but infants have awareness of loss and separation. They react more to the emotional reactions of adults in their environment and to any disruptions in their schedule.

Grief Response: Babies may search for the deceased and become anxious as a result of the separation. Common reactions include: protest, a change in sleep habits, decreased activity and weight loss.

Concept of Death: For this age group, death is seen as temporary and reversible. Preschoolers usually do not visualize death as separate from life and don’t see death as something that happens to them. Typical comments include: “When will my mommy be home?” “How does (the deceased) eat or breathe?”

Grief Response: Typically this group’s emotional response is brief but intense, as they tend to be present-oriented. Preschoolers are more concerned about altered patterns of care or about the emotional reactions of adults in their lives. Other typical responses include: confusion, night-time agitation, frightening dreams and regressive behaviors, such as bedwetting.

Concept of Death: This group still views death as reversible. Children sometimes feel responsible for the death because of thoughts or feelings that they’ve had about the deceased, sometimes called “magical thinking.” “It’s my fault. I was mad at her, and I wished she’d die.”

Grief Response: Repetitive questioning about the death process is typical of this age group. “How?” “Why?” They may play act the death or the funeral as an attempt to work through their grief. They may behave as if nothing happened. Other typical responses include: anger, sadness, confusion, difficulty eating, sleeping or regressive behaviors, such as bedwetting.

Concept of Death: This age group may want to see death as reversible but they begin to see it as something final. They still don’t think of death as something that can happen to them or their family members, but instead to old people or very sick people. They may believe that they can escape from death through their own efforts. They also might view death as a punishment (particularly before age nine). Children in this age group may develop fears of bodily harm and mutilation, and may fear that other loved ones will die.

Grief Response: This age group typically wants to know very specific details about the death. They may become concerned with how others are responding to the death. They may act out their anger and sadness and may have trouble progressing in school. They also may have a jocular attitude about the death, or may withdraw and hide their feelings. Children at this age sometimes become overly concerned about their own health. Other typical responses include: shock, denial, sadness and regression.

Cherry Wise began working in the OPO field in 1997 when she had a private practice as a psychologist and was a professor at the Wright Institute of Professional Psychology in Berkeley. Previously she was director of a non-profit organization that provided services to children and their families in times of bereavement or impending loss. 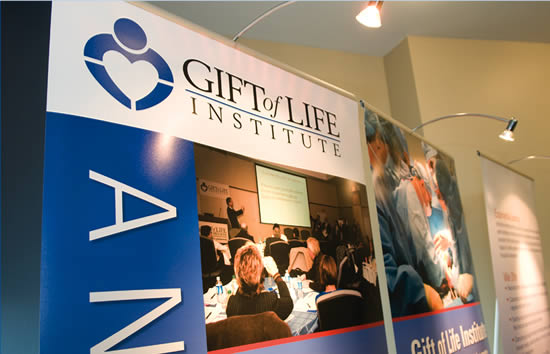